Post by: e4impact in All Articles Kenya Multilateral Projects 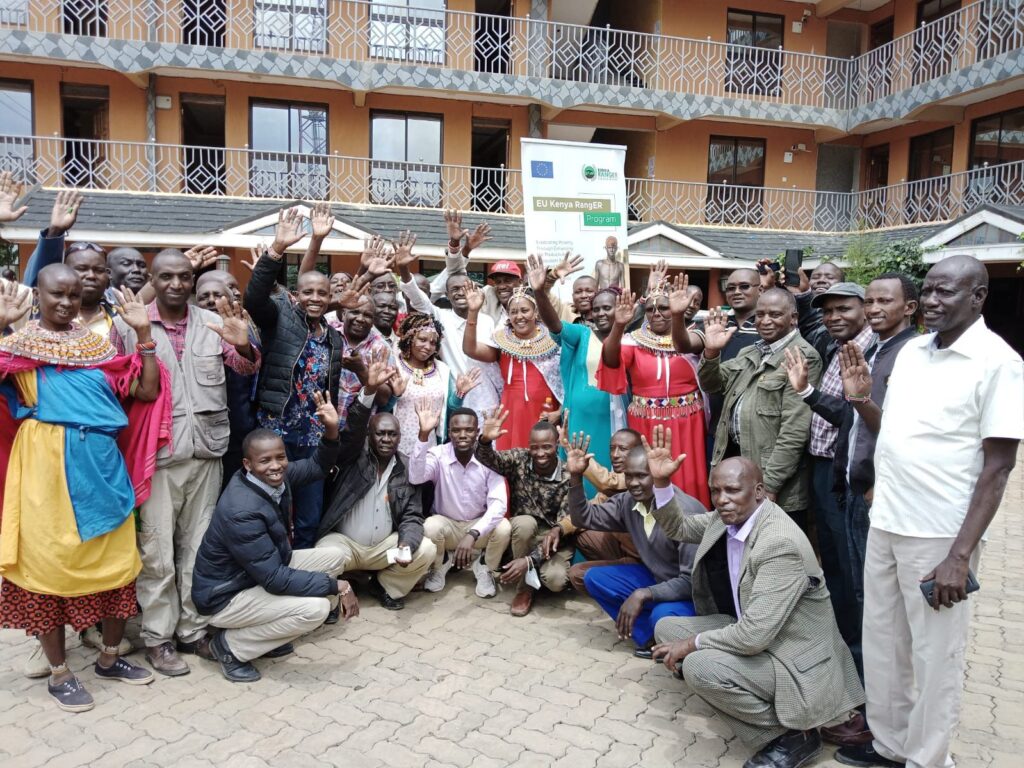 One can contend that not all heroes wear capes, as demonstrated by the young girl who earned her status amongst Kenya’s national heroes. Thanks to her voice, the diminutive 16 year girl saved 140 people and averted their deaths. Sylvia Cheptowot was a passenger in one of the three buses that were ambushed by rogue bandits on February 17, 2022, while they were returning from a school field trip in Elgeyo Marakwet county. In their non-predicted fashion, the attackers, armed with guns and crude weapons ambushed the bus and begun commandeering it. A single act of sheer bravery from a determined Sylvia changed the course of fate for the panic-stricken passengers and as they emerged unscratched.

As events would have it, during the ambush, Sylvia picked up the dialect that was being used by the bandits, and decided to use it persistently to plead for the mercy of their lives. Her cry so genuine, so strident, bothered the hearts of the bandits and eventually decided to rescind the attack. Her actions have earned her a place on Kenya’s notable list alongside other individuals like the late freedom fighter Dedan Kimathi and Nobel Peace Prize winner Wangari Maathai. She was among those fated in this year’s Mashujaa day for her deservedly heroic act on the 20th of October 2022. This is among many intentional and violent incidences that face residents that hail from war ravaged counties in Kenya.

Insecurities in the Northern part have led to conflicts and regional instability. These counties, which have more than six ethnic tribes, have not experienced peace in decades. This has greatly contributed to the loss of life, the rise in poverty, and the stunted growth of development as other countries steadily advance in their economic milestones. Impassable roads and dilapidated infrastructure due to insecurity have consistently discouraged learners and investors in these conflict regions from utilizing their resources. The hardest hit in these regions are vulnerable women and children, who end up as collateral.

E4Impact Foundation is a member of a consortium implementing a three-year project in four counties in the Amaya Triangle with ethnic tribes from which Sylvia belongs to. The project is called Kenya Rangelands Ecosystem Services Productivity Programme – RangER and it’s a European Union (EU) funded project. E4Impact contributes to the consortium by managing the aspect of community livelihood through a systematic capacity building of at least 10 cooperatives per county, with the exclusive goal of fostering peace and conflict resolution with the livelihood aspects, they deliver its engagement with the champion entrepreneurs.

Approximately 40 champion entrepreneurs from diverse cooperatives regularly participate the engagement. The focus of the sessions is on financial literacy, marketing strategy, and entrepreneurship.
The project’s overall goal is to strengthen the communities’ potential for resilience in the four Amaya counties and to assist them in developing sustainable indigenous enterprises that can compete on a regional level and interventions as we progress.

By traversing all four counties as part of cycle training sessions, the Amaya RangER project’s distinctiveness is highlighted.
This approach has fostered understanding for the diverse ethnic differences among them. As a result, whenever it comes to the restricted resources available due to the drought and famine within the Amaya counties, the champion entrepreneurs operate as community gatekeepers, engaging among their contemporaries from various ethnic groups as business associates rather than adversaries.

In addition, the RangER Program seeks to adopt an integrated landscape approach in the four Arid and semi-arid lands (ASALs) counties constituting the AMAYA Triangle counties of Laikipia, Baringo, Samburu and Isiolo to strengthen peace through a three-pronged approach.

The phases used in the project are:
1) Peacebuilding and conflict resolution between the target ethnic groups to foster peace and stability.
2) Use of adult literacy through capacity-building workshops, that attract individual participants and community gatekeepers from different ethnic groups with the sole purpose of strengthening peaceful dialogues within ethnic groups.
3) Provide community assistance and equitable distribution of resources within communities with the council of elders as the main decision-making body within the affected communities.

Together with E4Impact, the Northern Rangelands Trust (NRT), World Agroforestry (ICRAF), Jomo Kenyatta University of Agriculture and Technology (JKUAT), Community Safety Initiative (CSI), AMAYA Triangle Initiative (ATI) and the counties of Baringo, Laikipia, Samburu, and Isiolo are the main partners within the consortium. They are all working in partnership to improve the productivity of the ecosystem services provided by rangelands in the counties of the Amaya triangle, by converting them into climate-smart forage resources and resources natural and wildlife-based livelihoods.