Transforming the Maasai Community in Kenya

What is impact? You may wonder.

We have a perfect example. Impact is when a Maasai senior chief who is in-charge of other 45 chiefs and several group ranches decides to go back to the university and study for a socially transformative MBA. Senior Chief Sereu made the decision 16 months ago to come to Tangaza and do the E4Impact MBA. Having been a leader for most of his life for his expansive Maasai community, the question of transforming his community has always been at the top of his mind. When the opportunity to attend the MBA presented itself through the collaboration between E4Impact, Tata Chemicals Magadi and Magadi Soda foundation, chief Sereu knew that his lifelong quest was slowly being realized.

The tripartite collaboration had been born two years ago when Tata Chemicals, a large multination firm situated in Magadi at the heart of Kajiado realized that for many years they had been providing scholarships to young maasai boys and girls to go to the university and when they graduated, they were coming back to the company to seek employment and after a while the company could not absorb all of them. This is when they realized that they were becoming a victim of their own success and good intentions. With this realization, they sought the Invention of E4Impact on how they could face this challenge. After a series of meetings an intervention was developed and an MOU signed. 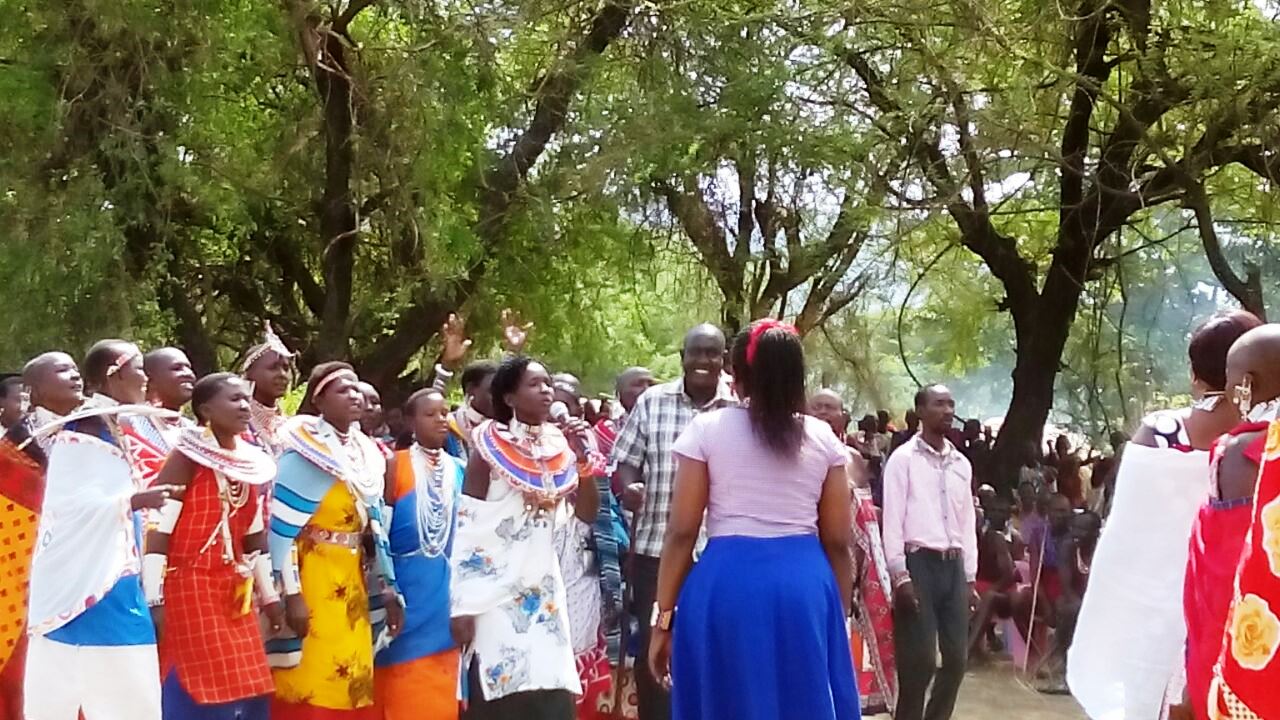 The invention sought to identify social challenges plaguing the Maasai Community, identifying local graduates who could respond to these challenges in an innovative-entrepreneurial way, running local business idea competitions to identify these innovative solutions then training these innovators at the MBA program in Tangaza with the sponsorship of Tata Chemicals Magadi. The challenges so far identified included water management and distribution, protection of the Maasai girl child, Health, eco-tourism and sustainable livelihoods derived by the large animal population kept by the Maasai Community.

Senior chief Sereu’s business idea was to set by up an abattoir for slaughtering and selling the thousands of Maasai cows providing a steady and better income as well as work for his people. Within the MBA program, he was able to develop a sustainable business model for launching the abattoir as well as identifying funding institutions that would invest in the enterprise. The idea was well received by the community and Tata Chemicals who pledged their support to ensure that the project in launched in the next one year. When the senior Chief was graduating on Nov 5th, he decided to invite the MBA team at Tangaza to celebrate with him and his community on the successful completion of the MBA. At event, Senior Chief Sereu used the occasion to highlight to the entire Maasai community gathered in hundreds on his social enterprise and how it would impact their lives.

We at E4Impact, are glad to have been a part of this transformative journey of having trained and coached the senior chief design a successful business model that would be the symbol of change and transformation at the heart of Maasailand.

Juillson Kavakerwa: an NGO to improve people’s dignity and living conditions in Kivu